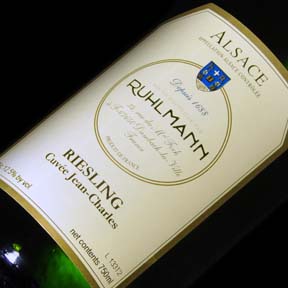 The Ruhlmann family can trace their family history as far back as 1688 in Alsace. Over the generations, they have expanded their vineyard holdings to about 75 acres, with major holdings in Grand Cru vineyards. Andre Ruhlmann continues the heritage of making dry and focused whites from his family’s estate. This lovely Riesling was harvested by hand from deep rooted vines planted in sandy-granitic soils. The nose has lively citrus fruits, followed by pear and quince. The palate is refreshing and distinct, finishing with a bright and juicy acidity. 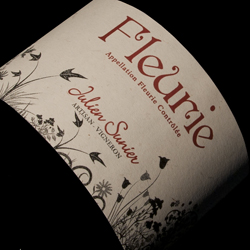 Julien Sunier is one of the more exciting domaines to come out of Beaujolais. Growing up in Dijon, he didn’t catch the wine bug until he worked in Burgundy with none other than Christophe Roumier. Following this stint in Burgundy, he spent five years managing a large negociant where he worked with growers from all of the Beaujolais villages. In 2008 he secured a total of three hectares of old vines in Fleurie, Morgon and Regnie to pursue his passion in organic viticulture. His wines are usually aged for 11 months in 3-9 year old Burgundy barrels that he gets from his old buddy, Christophe Roumier. Only 315 cases where made of his 2016 Fleurie, produced from old vines planted in the early 1960’s. Red berry fruit and crushed red flowers fill the glass, the palate is balanced with plenty of energy and vibrancy. Lovey red with fine tannin that shouldn’t go overlooked!