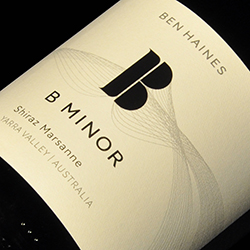 Winemaker and proprietor Ben Haines has been fascinated with vines and grapes since he was a child, walking among the vineyards of Victoria on his way to school. This fascination grew as he did, and to this day Ben Haines enjoys exploring the effects of terroir on wine. It was this philosophy and approach to winemaking that lead to Ben Haines receiving the Wine Society’s distinguished Young Winemaker of the Year title in 2008. The Ben Haines B Minor Shiraz and Marsanne is composed of Rhone varietals. The use of Marsanne is very limited, so much so that he is not even using the juice of the grapes. Ben ferments the Shiraz along with the skins from Marsanne grapes that have been previously pressed for another wine. Additionally, the wine ages on lees from a previously fermented Marsanne. This subtle touch of Marsanne adds fantastic complexity. Bryan 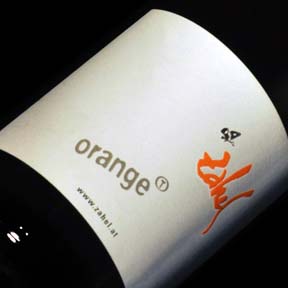 The Zahel winery has been family owned and operated for four generations. With only one vineyard planted on half a hectare of land, Zahel became known for producing Gemischter Satz. Gemischter Satz is a wine made from a single vineyard that has three of more varietals of grapes growing adjacent to each other. The grapes are all picked at the same time and co-fermented. One of the grape varietals that would often find its way into these field blends was a grape by the name Orangetraube. Zahel has used Orangetraube in its Germischter Satz since the winery was founded in 1930. It wasn’t until 1966 that Karl Georg isolated this variety into a single vineyard. Fifty years later, Zahel is still the only winery in Austria to produce a 100% Orangetraube wine. The resulting wine is fleshy with bright lemon acidity. This elegant wine is rounded out with notes of peach and white flowers. While the label says quite clearly, “Orange”, please don’t confuse this with a skin fermented “orange wine” .
Bryan