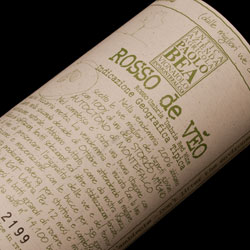 The Bea family has been in the Montefalco region of Umbria in central Italy since about 1500 and today their property encompasses fifteen hectares, though only five are dedicated to vineyards, the majority of the property is dedicated to olives, fruits and vegetables, and raising animals. From theses five hectares, Paolo Bea crafts some of the most unique and striking wines in all of Italy. He believes that nature should be “heard, observed, and understood, not dominated.” To that end, the vineyards are farmed in as natural a way as is possible, without the use of industrial fertilizers, pesticides, or herbicides and the wines are made with a minimum of intervention – long macerations with no temperature control, and no chemical additives. Made entirely from Sagrantino, the Rosso de Veo shows a wide array of spices and red and black fruits, herbaceous elements, floral notes and a bit of “earthiness.” One of Italy’s most sought after estates. 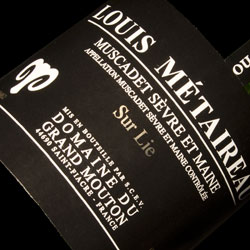 Louis Metaireau owns several domaines dedicated to the production of Muscadet in the region surrounding Nantes in France’s Loire Valley, the main estate being the Domaine du Grand Mouton. Muscadet is, as I’ve said before, a wine that people should be drinking more of. The name scares people off because it sounds enough like Muscat that people confuse the two, but their similarities begin and end with their names. Muscadet is dry – bone dry, with a refreshing, tart acidity and a richness from aging on its lees for one winter. The acidity of Muscadet allows it to pair with a huge array of foods, and its refreshing enough to serve on its own as an aperitif. If you like dry white wines, Muscadet should be part of your repertoire. If you like Sancerre, Muscadet might scratch the same itch (minus the herbal notes of Sauvignon Blanc). If you just want to try something new, try Muscadet. (Or don’t, I’m happy to drink it all myself.)