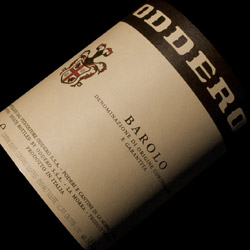 Recently, I went through some pictures from my visit to Oddero last summer and decided that I had to pick their Barolo “normale” 2007 as one of my wines this month. Made from grapes planted in two Barolo cru, the Bricco della Chiesa, which is something of a “home” vineyard for Oddero as it lies adjacent to their home and winery in La Morra and Bricco Fiasco in Castiglione (some vines as much as sixty years old), this is a fantastic Barolo, fermented in stainless steel before aging 30 months in large Slavonian and Austrian oak barrels. The warm, long growing season of 2007 lends this traditional Barolo perhaps a touch more soft fruit than a cooler year would, meaning that it’s a bit more accessible at a young age, though the raw material will certainly allow for more aging. Be sure to stop in when Isabella Oddero comes by on Friday the 7th for an in-store tasting from 5:00 to 7:00! 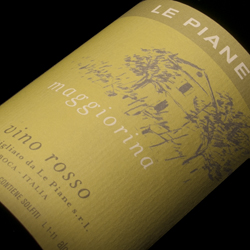 Another highlight from my visit to the Piedmont last summer was the time spent at Le Piane in the small village of Boca – the Piedmont’s easternmost and very nearly its northernmost wine-growing region. The Maggiorina is named for an ancient method of vine-training that stubbornly persists in many of the area’s oldest vineyards despite its inconvenience in terms of modern agriculture. Produced from the grapes grown in Le Piane’s own vineyards as well as those of their neighbors, it is a traditional field blend of a huge variety of grapes – principally Nebbiolo but also containing small percentages of white grapes such as the indigenous Erbaluce. This is a fantastic everyday wine that is loaded with character and “soul.” This comes from Boca, one of the most compelling wine regions I’ve encountered, so if you want to learn more, don’t hesitate to ask – I could (and sometimes do) go on about these wines all day.