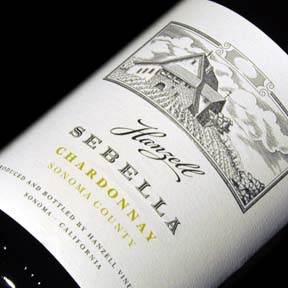 In 1948, the US ambassador to Italy, J. D. Zellerbach purchased his first 14 acres of oak woodland on the steep hillside of the Mayacamas Mountain Range. Over the next ten years Mr Zellerbach expanded his estate while also developing a knowledge and passion for wine from his extensive travels to Europe, focusing greatly on the wines of Burgundy. In 1957 he decided that he could produce wines equal in quality to some of the best in the world on his now 200 acre hillside Sonoma property. It was with this idea that he began Hanzell Vineyards. The name Hanzell was a combination of his wife’s first name, Hannah, and their family name, Zellerbach. The Sebella Chardonnay is Hanzell’s companion label to their Flagship wines. The grapes are sourced from some of their younger vines and fermented in stainless steel, before some aging in neutral French Oak. This is the type of wine that will change the mind of all those ABC (anything but chardonnay) drinkers. 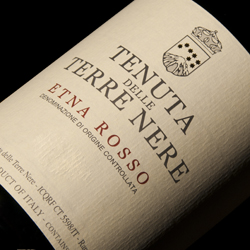 Tenuta Delle Terre Nerre is located along the Northern Slope of the volcano of Mount Etna, in what is recognized as the finest appellation for the production of red wines in the area. Almost all of the vineyards at the estate range between 50 to 100 years old, with a small parcel even having survived Phylloxera and coming in at 130 to 140 years old. This Etna Rosso is sourced mainly from their estate vineyards, with some fruit being sourced outside of their vineyard holdings, and a combination of both younger and older vine fruit. This wine is composed of mainly Nerello Mascalese with the addition of a small amount of Nerello Cappuccio (two indigenous varietals to the region of Etna). This wine is medium in body and beautifully fragrant. The minerality imparted by the volcanic soil shows through along with crisp red berry flavors. Despite its drinkability at a young age, the wine also shows a balance of structure and acidity that suggests more complex flavors will come out with some additional time spent in bottle.